An appeal of the World Cosmohumanistic United Nations Organization to all of mankind.

The greatest power that God could give, he gave the Spirit.
And every life created by Spirit is imbued with this power
and thus is efficient. Knowing this, each of you can become
benefactor of humanity.

Dear brothers, We have been given a unique chance which allows us to survive, withstand, perceive and build a new civilization through forgiveness and love.

Do not miss this chance! Believe in the reality of building of Cosmohumanistic civilization. Believe into your power and unlimited possibilities. Having believed, apply maximum of efforts to save our mother Earth and its biosphere (sphere of life), noosphere (sphere of mind) and all of our soul brothers.

Do not miss perhaps the last chance! Allow yourself, your children and grandchildren to live in a whole new, conflict-free and benevolent society created by you, where every person is important and needed member of a large and loving, multicultural, multiconfessional, free, friendly and a righteous family. Where Faith and Love, Conscience and Justice, Goodness and Tolerance, Forgiveness and Peace, Freedom and Truth will become the principal criteria of our spiritual life. They will come into our Hearts, Souls, Spirit and Consciousness forever. And then we will find sense of true love, joy and pride for the society which we live, for our country, the civilization and each particular person living on Earth, to whom we generously and from the bottom of our hearts give all the best that we have. Knowing the Great Truth of Creator, His Laws of Love, Goodness, Togetherness, Friendship, Faith and Brotherhood, we will metamorphose into kind and pure power capable to dissolve all negative manifestations of social life.

Dear brothers, We live in a very interesting time of transition of our consciousness to the level beyond consciousness, superconscious and Absolute consciousness capable to understand the main problem of humanity: "What prevents the humanity from elimination of all the negative manifestations of life?". What causes these negative manifestations? What prevents mankind from evolving? Subtle Heavenly Teachers give an answer to these questions. First of all, it is:

Until quite recently these 10 major factors prevented from the creation of complex Global Unified Cosmohumanistic System (GUCS), which philosophical basis is the Doctrine and three sciences of the Golden Age forming fundamental basis of the Doctrine of Peace for realization of a global project the Construction of Cosmohumanistic Civilization the New Golden Age of Creator. In 1991 the spiritually-moral, educational and pedagogical GUCS system offering a new cosmohumanistic building model of the Civilization was created, tested and successfully implemented. 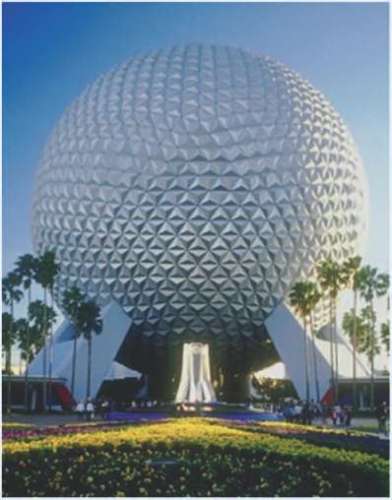 The Doctrine offers a completely new scientific humanistic way of resolution of the most complex problems of our time. 3 sciences of the the Golden Age which deciphered Spiritually-Informational Code of a Person and the Universe are its instrument of realization. The Doctrine and the Sciences explored regularities of all social, public, political and economic processes and phenomena on the Earth, having created all the conditions for accelerated development of our civilization, having offered a new model of a human thinking. Unlike conventional person's system using 1,5-3% of the potential capacity of the person, this model uses 100% of their resource, accelerating implementation of all vital programmes of an individual by 97-98,5%. And through obtaining of the same amount of resource energy, a person acquires 100% health, perpetual youth, a happy, prosperous and joyful life.
The Doctrine and Sciences offer a new paradigm "A Man. Earth. The Society. The Universe", as well as its realization mechanism – the Global Unified Cosmohumanistic System (GUCS).  Most effective psycho-informative technologies (methodologies) of testing, transformation and elimination of information that is harmful to a person's system, the society, environment and the Universe are the primary instruments of this system. As well as technologies of testing, selection and usage only of the information which is useful for a person's system and the society, contributing to a birth of a positive image of thinking, emotions, speech and actions, high level of morality, intuition, intelligence and extension of active human life. It will lead to creation of conditions for a birth of New Cosmohumanistic Culture of Civilization the Golden Age of Creator.