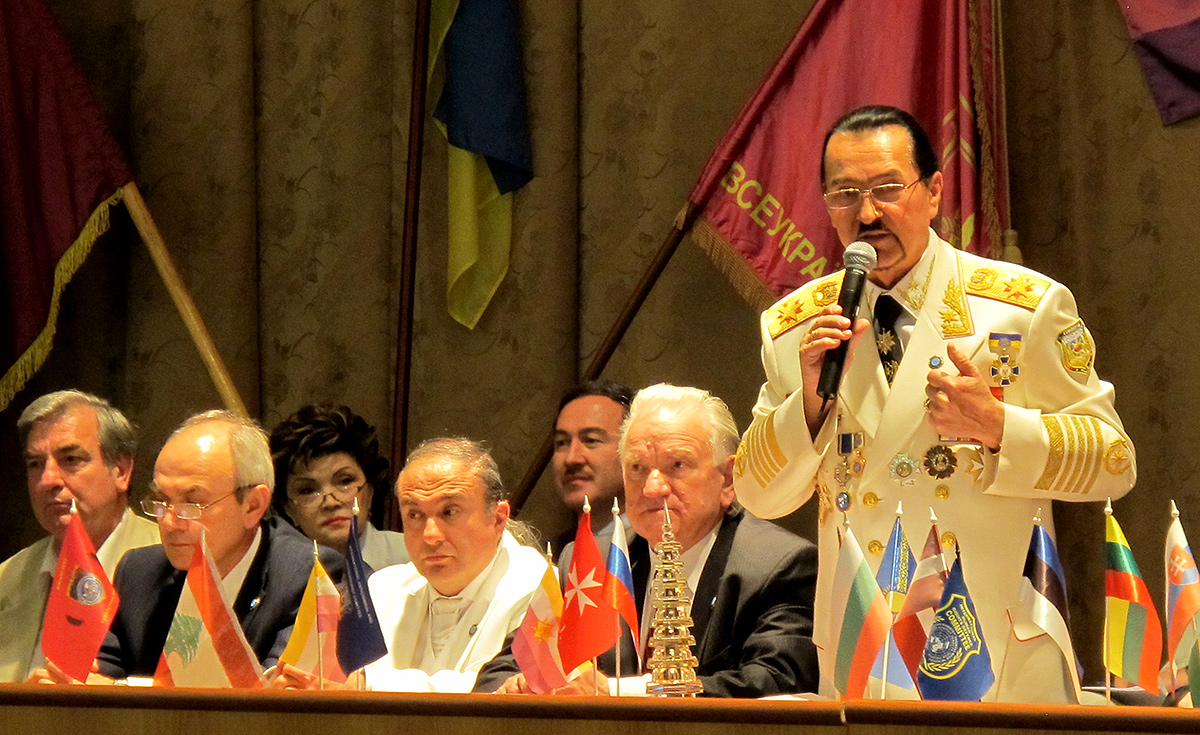 In the end of the Congress delegates and guests unanimously adopted resolution 1A on creation of the Cosmohumanistic United Nations Organization (CUNO) of a new type, using the world's most advanced spiritually-informational Laws of Human and the Universe which eliminate all negative aspects of life and create new Cosmohumanistic (humane) World order.      The establishment of committees and the CUNO institutions in order to prepare specialists for all areas of activity of the Global United Cosmohumanistic System excludes all the negative aspects of life on Earth, such as wars, revolutions, extremism, terrorism, chauvinism, fundamentalism.

Using the most sophisticated psycho-informative technologies in the world, this new organization (unlike the old UN) is able to create a civil society of the third millennium in order to set harmony and Peace in all countries of the world.

Publication about the establishment of the Cosmohumanistic United Nations Organization (CUNO) in the newspaper "Inform Prague", Annex to the "Komsomolskaya Pravda" in # 39 (540) of 24-30.09.2010

Upon issuing bills at the international scale, the OSCE, the UN and the CUNO, the governmental authorities in many countries will get an impetus to the formation of Cosmohumanistic civilization the New Golden Age of the Creator and implementation of the Doctrine of Peace. 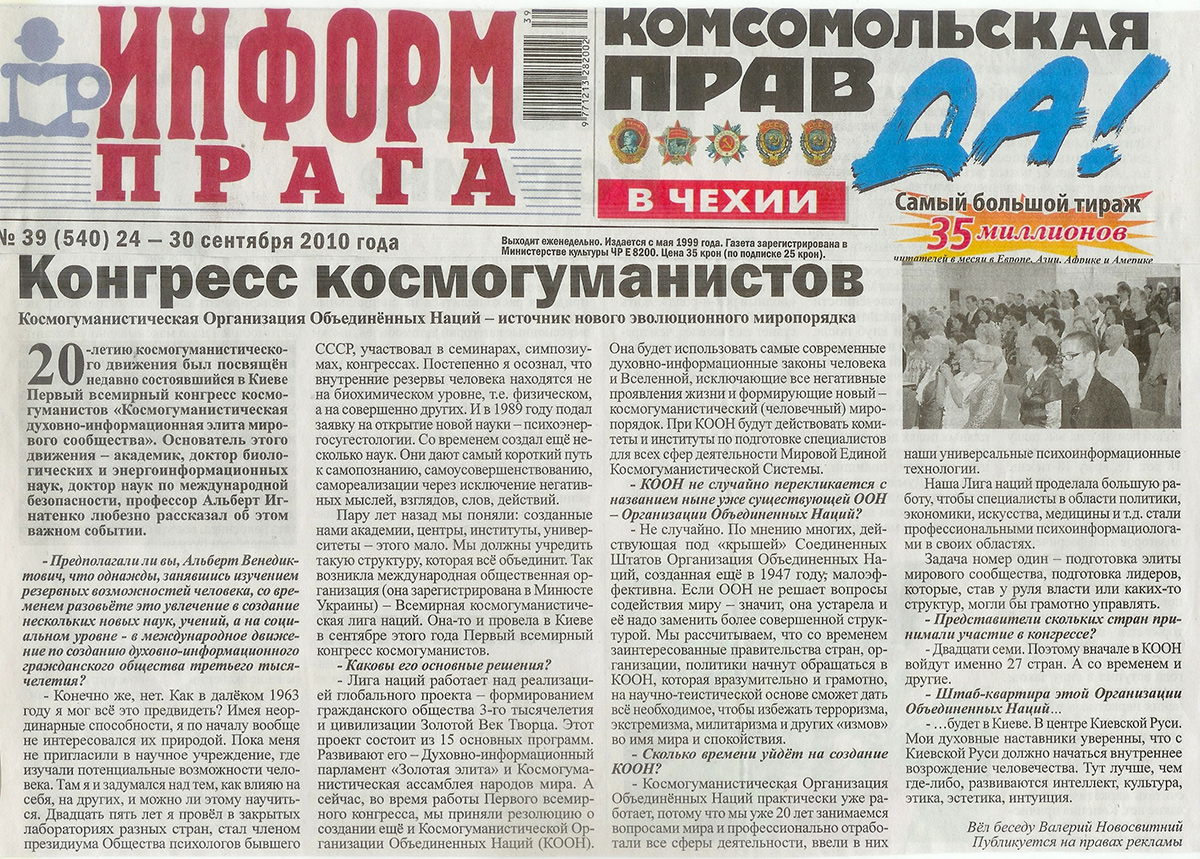