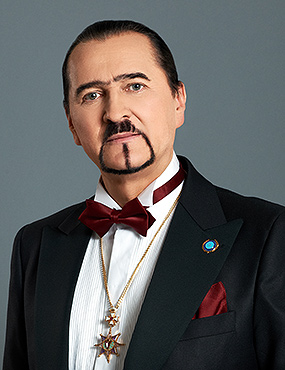 Member of Union of Russian writers in the Czech Republic, laureate of international awards. Professor Kloss-Ignatenko is a member of more than 50 International congresses, symposia and International fairs and is also the author of numerous scientific publications and books:

His life purpose is the creation of a single and indivisible Cosmohumanistic Civilization of Golden Age of, Civilization of highly spiritual, intellectual and physically healthy people, possessing brilliant abilities, embracing the philosophy of Love, Kindness and Light living according to the Space Laws of the Father Creator. 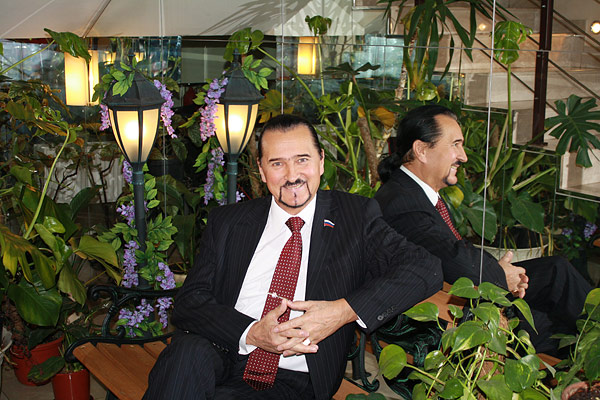 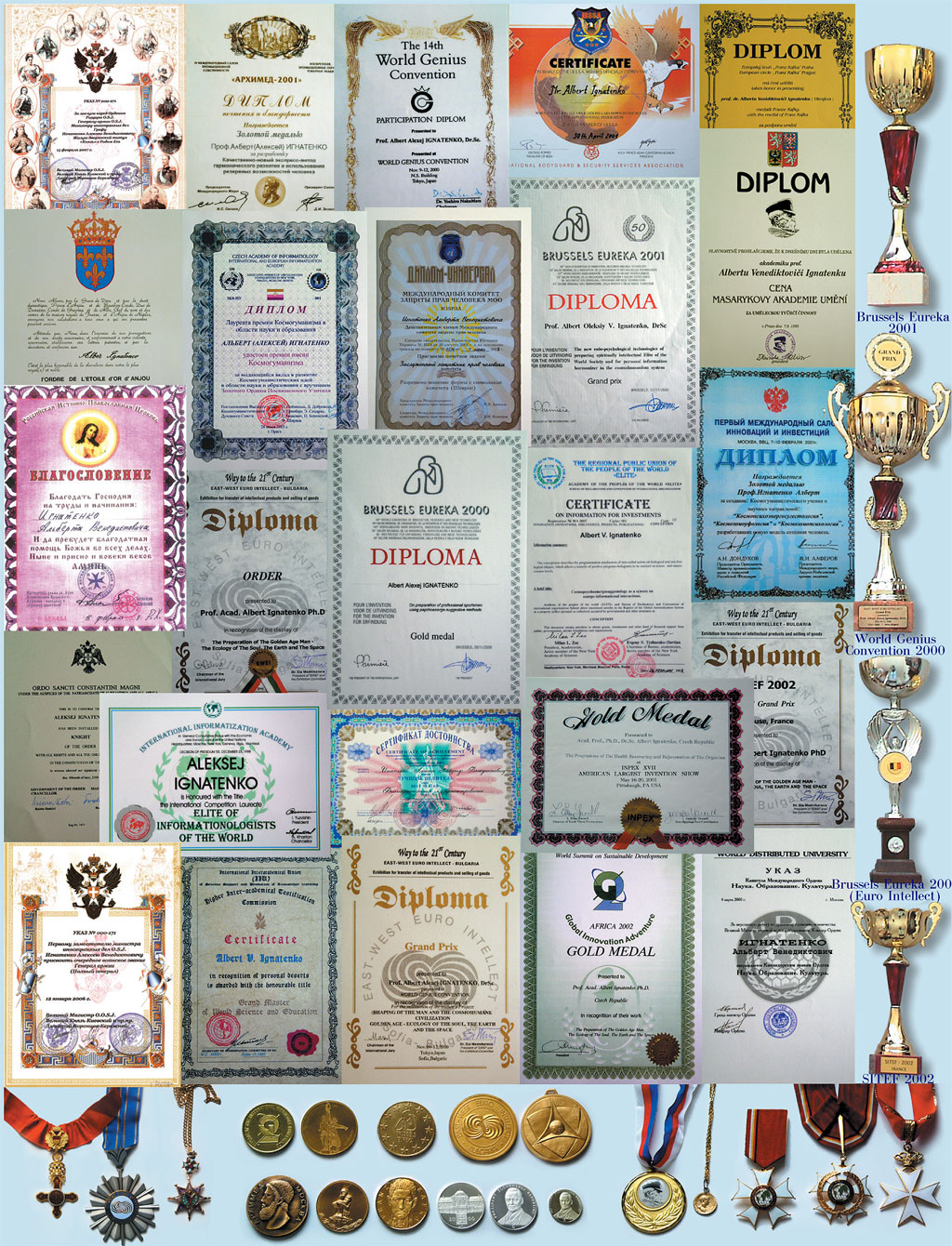 The most perfect instrument of
true scientific knowledge is
our spiritualized consciousness.

Dear friends, on the April 21st, 2001, I celebrated the most significant anniversary of my earthly life - the end of 10 classes of subtle Cosmohumanistic School of Life. During 10 years I was getting my knowledge from subtle Heavenly Teachers about a Human (the microcosm) and the Universe (macrocosm), gradually learning the True Essence of Existence.

The knowledge gained by me using psychic intuitive, intuitive and logical, psycho-spiritual methods of getting knowledge of Existence, which are the criterion of truth, was processed, systematized and tested through practice to give good consistent results. Based on historical information about the development of different civilizations in the world, it can be concluded that only once in 2,000 years Celestial Teachers give to earthlings the philosophy of life with the evolutionary Laws of the Creator. This philosophy was transmitted through Buddha, Moses, Jesus Christ, the Prophet Mohammad, Bahuallu and other teachers.

Only once in 4,000 years they provide practical methodology with the help of which humanity, based on the philosophy - Laws of the Creator, can achieve full self-knowledge, self-improvement and self-realization of the maximum. These methods were transferred in the form of various esoteric systems, which are the legacy of Indian, Egyptian, Native American, Greek and other cultures.

And only once in 6,000 years the Hierarchy of the Creator sends to Earth through their Spiritual Guides a set of knowledge and methodologies for the birth of Cosmohumanistic Culture of the Civilization Golden Age. They were passed on Earth with the help of my spiritual teacher Heavenly Teacher Askhasrin The Great, who led an ancient highly developed civilization of Askhs in southern Africa. This versatile set of knowledge consists of Cosmohumanistic teachings, three sciences of Golden Age, developed and tested a huge amount of practical methodologies applied in all spheres of activity. They Golden Age of the Creator - Ecology of the Soul, Earth and Space" with a gradual plan of building-up the Cosmohumanistic Civilization.

From 1963 to 1989 albert Ignatenko, along with the research, engaged in educational activities and promotion of enio-psychological phenomena. During this period he prepared eight different parapsychological programs, during which he communicates to a mass audience Space Knowledge about the current state of our Civilization and the ways of solving the most difficult problems facing Humanity. In these programs the scientist-practitioner reveals the unlimited possibilities of man and confirmed the statement: " Phenomenal are not exceptional, supernatural abilities. They are something that is inherent and are in all of us. Phenomena are not supermen, and the people of the future and every person has a chance to approach it."

In 1996 on the basis of St. Petersburg State Institute of fine Mechanics and Optics (Technical University) scientist conducted a series of experiments in remote human interaction with the environment (1st from the left is  Professor K. Short, in the center there is academician Dul'nev G., doctor of physics and technical Sciences, second from right is Professor A. Ignatenko)

He discovered his phenomenal psycho-informational capacities, such as: 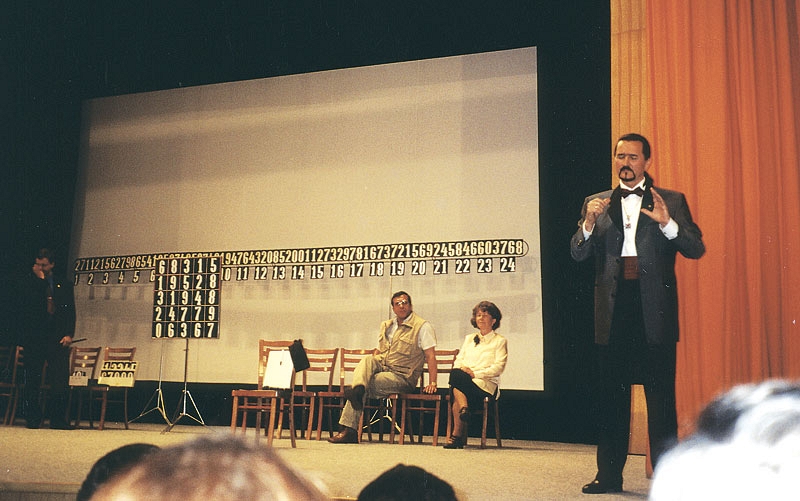 Focused scientific work in the field of practical eniopsychology and psychoinformationology enabled professor Albert Ignatenko to be the first in world's  educational, medical, psychological and sports practice who could create, test and implement scientific, qualitatively new INTEGRATED COSMOENIOPSYCHOLOGIC APPROACH TO THE DEVELOPMENT AND USEOF THE RESERVE ABILITIES OF THE PERSON. His concept is based on deep knowledge of a human being as a complex PHYSICAL-ENERGY-INFORMATIONAL system of consciousness with a cosmoplanetary Divine nature. In his doctoral thesis in the field of energy-informational Sciences he scientifically proved and shown on the sport model  the feasibility of applying universal Express methodologies (smart technologies) Golden Age sciences in all spheres of Human activities without compromising health. Cosmoeniopsychologic approach, his methodologies and the Golden Age Science have received international recognition, becoming the winners of the four Grand Prix in Tokyo, Sofia, Brussels and Toulouse, and eight winners of Gold medals and medals at the International exhibitions in Brussels, Moscow, Pittsburgh, Sofia, Dubai, Johannesburg (2000-2002). For outstanding contribution to the development of science and education Professor Ignatenko was awarded by the title of Laureate of the Prize named after Mikhail Lomonosov with the award of a Gold Medal, and is a laureate of the International competition "Elite of the World informationologists."

In 1975, at the Odessa State Conservatory albert Ignatenko and his colleagues have conducted research with practical use of psychocorrectional techniques to accelerate learning musical instruments 15-20 times, as well as to improve the quality of performance skills.

In 1981, A. Ignatenko, using psychosuggestive methods in the work with the national team of rowing on the Moscow regatta, improved results, leading a team of four for 500 meters to the finish to go from 4th to 2nd place.

In 1989 a group of scientists and psychics, headed by A. V. Ignatenko, together with the Kiev Institute of nuclear physics conducted a series of experiments on psychic-energetic effect on the acceleration of the particle decay of atoms. As a result they managed (approximately) to speed up 3 times the process of disintegration of the uranium nucleus at a distance of 3.5 km from the facility. 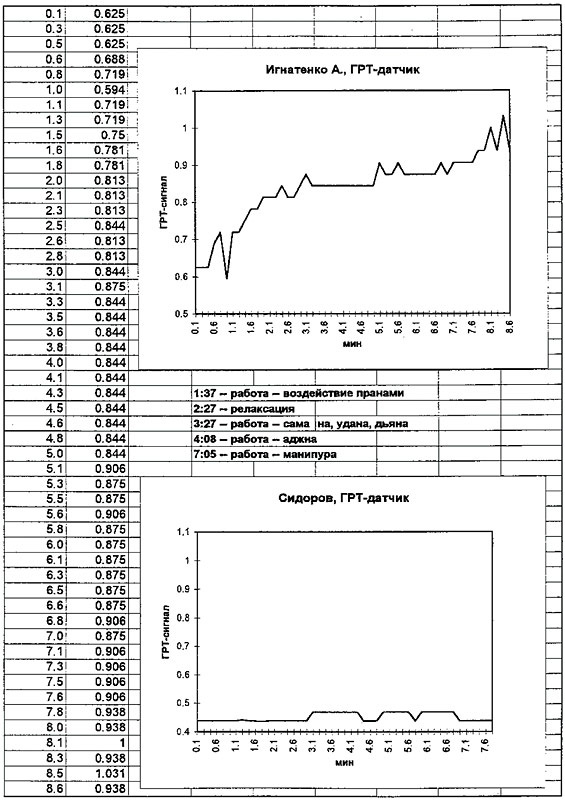 For many years, since 1966, the scientist has been working on concentration and dispersion of clouds and fog, creating a programmed micro-climate.

In 1991, at the request of the Government and the Academy of Sciences of Uzbekistan by a group of specialists, headed by A. V. Ignatenko,a series of experiments was conducted on the concentration of cloud cover and increased precipitation on the lake Aral. Involved in this experiment satellites recorded the reality of this influence.  From 1963 up to the present time A. V. Ignatenko develops and implements non-traditional methods of diagnostics and treatment of various diseases with the use of traditional conventional, planetary and psycho-informational medicine. On the verge of a miracle one can evaluate him and his students results in treatment of such difficult diseases as neoplasms, leukemia, diabetes, psoriasis, infertility, epilepsy, cerebral palsy, chronic fatigue syndrome and more.

From 1991 to 2000 non-verbal psycho-informational technologies of professor Ignatenko have been used successfully in several countries during the presidential elections with highly reliable results. These technologies allowed during the election campaign in the shortest time to make: training leader and his team, prognostics and modeling the right situation, the formation of psycho-informational protection, remote programming (reorientation) of the society at a given leader (positive) program and to achieve a specific result.

From 1998 to 2001 on the basis of large Western company Professor Ignatenko has tried a number of complex remote psycho-informational technologies that have contributed to the removal of negative emotions among employees of the company, prevention of stress, the development of creativity, lack of fatigue, eliminate bad habits, to reduce the number of diseases and improve the quality of work. These technologies contributed to the increase in the number of signed contracts and profits.

Since 1994 a group of scientists from the research Institute of crop production, headed by the chief scientific officer doctor of biological Sciences Replevin S. I., used psychosuggestive method of academician A. Ignatenko V. in relation to plants. The results of many years of research have confirmed the reality of the application of this methodology, which allows to increase the resistance of plants to diseases and adverse weather conditions, productivity, shorten the growing period and change of hereditary information and energy code, which creates new forms with new characteristics that are passed on in generations.

For convenience, the graph in figure two of the last column is "cut out"
there must be values of 400 and 1000. These results are showed by Prof. A. V. Ignatenko
(Dul'nev G. "Energy-informational exchange in nature")

For the past 30 years, scientist has tested and successfully used a unique system of rejuvenation, not having analogues in world practice.

More than 50 years Professor Albert (Alex) V. Ignatenko who is a  cosmist scientist implements a wide range of capabilities of informational biophysics, psychic, bio-energy-informatics, psychoinformationology, cosmoeniopsychologyl, and conducts lectures, research and practical educational programs and seminars. Scientific school, founded by Professor Ignatenko, together with his students have trained more than 200,000 professionals who are working successfully in many countries around the World, applying his science and practical techniques. Together with his students, followers and associates from 27 countries around the world every Thursday at 21 hours scientist conducts collective meditation on stabilization and reduction of the earth, earth, space and social cataclysms. This spiritual work contributes to the implementation of the global Project:

"THE FORMATION OF MAN AND COSMOHUMANISTIC CIVILIZATION NEW OF GOLDEN AGE OF CREATOR - ECOLOGY OF SOUL, EARTH AND SPACE."

The philosophical basis of this Project is the Cosmohumanism Doctrine,

knowledge, love, kindness and belief in a BRIGHT FUTURE.

We do not presume to predict the future of people and the Earth, but we offer to take part in the Program "Project of spiritual rebirth of Man", which is based on the principles of goodness, peace and love. We hope that through participation in this Program, people will understand that we are brothers, and that it's time to drop the hostility, envy, greed and unite in the formation of Man Cosmohumanistic civilization.

knight of the order of St. Stanislaus